Few words conjure memories of pure bliss and satisfaction quite like that one. The Dorito defies definition. Is it a unique snack creation, similar to the Funion? No, it’s definitely a chip. But is it a potato chip? Heavens, no! Then is it a simple corn chip? No, good sir! You are gravely mistaken!

You can no more define the Dorito than you can define love or beauty or consciousness. The tooth-reddening cheese powder, the perfectly-triangular shape, the little black peppercorns or singe marks or whatever those are—every facet of the Dorito is a flavorful mystery of the universe.

For eons, man respected the Dorito and did not tamper with its taste-defying state. But then, foolishly, man began to meddle with the Dorito.

It started innocently enough. Frito-Lay released spicy nacho Doritos and the ever-satisfying cool ranch Doritos. Emboldened by these successes, man began further meddling with the simple pleasure that was the Dorito. And then, one day, man released this: 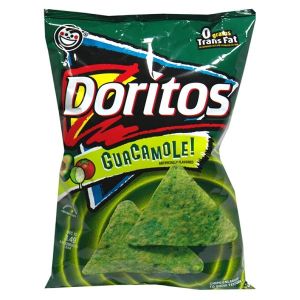 Guacamole. Doritos. Guacamole is not meant for Doritos! Guacamole adds flavor to normal corn chips! And Doritos are the furthest thing from— 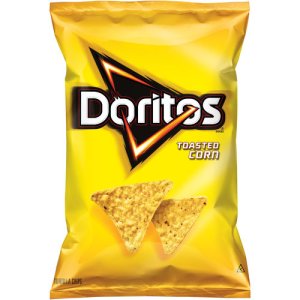 No…no…they didn’t. They brought the mighty Dorito down to the level of a simple corn chip. That’s like hiring Beethoven to write a jingle for a deodorant commercial! 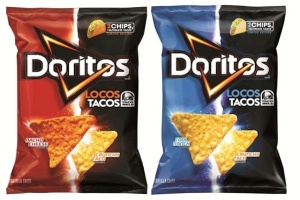 Once again, mankind in its foolishness has taken something simple and good and pure and twisted it to its own perverted purposes. The noble Cheez-it, the humble Skittle, the gallant Oreo—all were once simple pleasures and are now lost in a sea of gimmick flavors and orange, Halloween-themed frosting.

So heed my words. It is not our place to tinker with such immortal foodstuffs. Are we not but mere men?

We must make our voices heard now. Before the beef jerky-flavored Cracker Jacks and kung pow chicken laffy taffy rear their ugly heads.